HomeCOMPUTER10+Benefits of AntiVirus Software For Computers 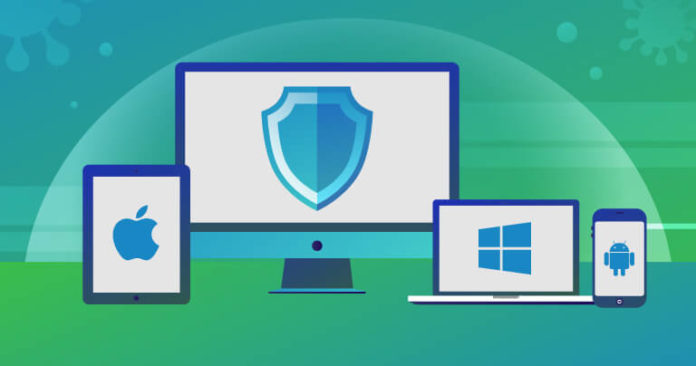 Almost every element of daily life is handled and controlled by electronic devices, including work-related tasks, academic tasks, patient monitoring in healthcare facilities, and vital manufacturing operations. The future is computer-centric, but sadly this also entails an increase in cybersecurity dangers. These include hacking, Trojans, malware, spam, and spyware, but are not restricted to these. The use of antivirus software is one remedy for this issue.

So, what exactly is Antivirus?

Software called antivirus can find and eliminate viruses, stopping them from harming the systems they infect.

Computers can benefit from antivirus software in a variety of benefits, including the following: 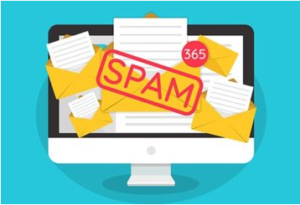 Pop-up advertising that spread viruses are prevented on PCs by dependable antivirus software like Norton. To protect internet users from pointless and dangerous device adverts, the software includes an ad tracker blocker.

Another antivirus programme with anti-virus benefits is ESET Smart Security. It has a spam firewall to prevent user devices from receiving spam or accessing spam-filled websites.

2.Prevention of Viruses and Their Transmission 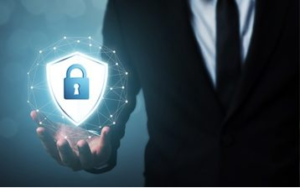 The fact that antivirus software guards computers from virus propagation is one of its benefits. The software acts as a preventative measure, shielding computers against infections before consuming memory and impairing operation.

Norton and Avast are two excellent antivirus software examples that work to prevent the spread of viruses. This is the best benefit of AntiVirus software. For virus protection, Avast runs a number of scans on a computer.

Included in them are a boot-time scan, a targeted scan, and a complete virus scan that targets all of the computer systems (scans the computer during system startup). For effective malware detection and prevention on Android, iOS, Mac, and Windows devices, Norton antivirus offers a high level of virus protection. 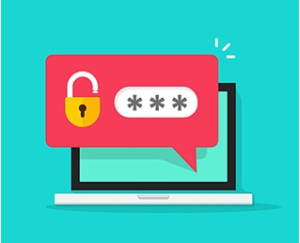 Antivirus software aids in the security of passwords to crucial accounts by preventing their disclosure to unauthorised parties like hackers who use them to carry out specific transactions while posing as the real user.

Password managers in antivirus programmes like TotalAV and Avira Prime are trustworthy and aid in protecting passwords from hackers.

4.Protection From Malware and Phishing Assaults Using a Firewall 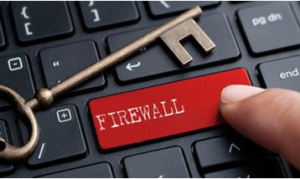 In order to double-check computer files for malware and phishing attacks when transmitting across a network, antivirus software supports firewall protection.

As a result, antivirus software is required on laptops and other devices to prevent malware and phishing attacks. One of the strongest tools for protecting computer users in this area is Avast antivirus software.

5.Restrict the Access of Websites to Enhance Web Protection

Certain websites that expose PCs to cyberthreats including spyware, malware, and hacking are blocked from access by antivirus software. People can only use computers to browse secure and virus-free websites if they are using such software.

Here are 5 antivirus programmes that can screen websites:

6.Protection From Hackers and Data Thieves 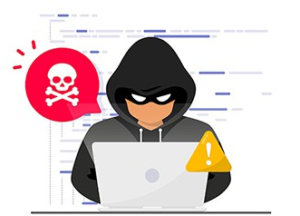 The complete protection against hackers and data thieves is one of the most significant benefits of antivirus software. Antivirus protection provides defence against hackers who obtain unauthorised access to computers and steal, corrupt, erase, or use files to hold people hostage. Bitdefender offers users cutting-edge ransomware and virus protection.

This antivirus programme also comes with a VPN that protects users’ connections from hacker detection and targeting. Malwarebytes, a different antivirus programme, shields computers from harmful users like data thieves and safeguards devices against data breaches. 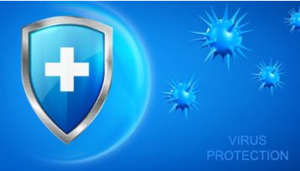 Users of Adaware can create a rescue key to stop viruses from spreading through removable media like USBs. Panda USB Vaccine, on the other hand, is a Windows OS programme that blocks Autorun files from accessing a user’s device, prohibiting connection to unprotected detachable devices.

8.Securing Your Data and Files

All files and folders that enter computer systems are monitored with the aid of antivirus software. All files are examined by the software for characteristics that could indicate the presence of viruses.

These 5 antivirus programmes, for instance, assist in protecting user data: 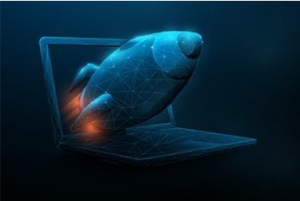 By preventing viruses from slowing down computers before they can infect them, antivirus software also aids in improving their performance.

Avira Security optimises the performance and security of the devices while detecting and preventing malware and ransomware while the software speeds up a computer. 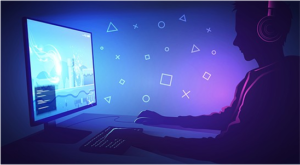 Antivirus software can be used by parents or guardians to monitor their children’s online activities and prevent them from accessing inappropriate content. The software provides logs of what the children have done while utilising internet-connected devices to their parents.

Also Check   What is CSRF? How to Save Yourself from CSRF Attack

Either Norton 360 Deluxe or Fast Heal is the best antivirus for computers in India in 2021.

To assist parents of young children in establishing some limits on the content their children can access, Fast Heal provides parental control. A parental control function with age, time, and content limitations is available in Norton 360 Deluxe. Parents may easily manage settings for various kids on up to 5 devices with this antivirus while keeping an eye on their children’s activities. 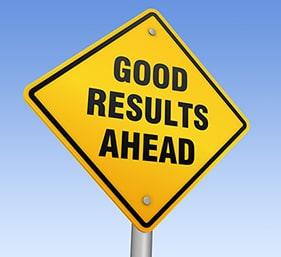 Finally, a little-known advantage of antivirus software is the ability to achieve effective gadget security without draining the user’s wallet too much.

Some antivirus programmes offer a free membership option to assist people secure their PCs from online threats without spending any money.

How to Select the Best Antivirus Software?

Before choosing one, people should assess which antivirus software is suitable for them based on the following criteria:

Even for beginners, a decent antivirus should be straightforward to operate. The software should include an easy-to-use interface to make installing and configuring the antivirus for new users simple.

Performance is one of the most important features a user should look for in antivirus software. Maximum defence against cybersecurity risks and assaults on users’ devices should be provided by the software.

A trustworthy antivirus has clever algorithms that don’t interfere with the software’s device’s operation.

4.Features that are thorough.

To protect devices from both new and existing malware threats, powerful antivirus software should have strong security capabilities.

Users of a decent antivirus programme should see a good return on their investment. In order to compete, the provider must price similarly to other providers in the market.

Note: The data presented above was gathered through independent testing, user feedback, and expert reviews.

Users of PCs are prepared to install antivirus software after looking at these reasons. The following actions should be taken to ensure the antivirus is a good fit after the aforementioned requirements have been satisfied.

Also Check   How Can I Fix The Red Screen On a Computer?

Why is Antivirus Software Necessary?

Devices must be protected with antivirus software in order to avoid virus-related harm. Virus attacks can have severe repercussions, such as completely halting machines or disclosing important information to unwanted parties.

For instance, if the previous computer is victim to cyberattacks like hacking that restrict the owner from utilising the device, the person may be required to purchase a new one. Antivirus software is crucial for defending against viruses that could enter a computer without the owner’s awareness.

Antivirus software shields users from online dangers such as malware, spam, phishing attacks, spyware, Trojans, and rootkits in addition to viruses. Therefore, antivirus software for computers is essential to thwart such dangers.

Output Antivirus is an illustration of a decent antivirus programme for computers. The software is easy to use, lightweight, inexpensive, and most customers give it positive Output antivirus reviews.

What Kind of Damage Can a Computer Virus Cause? 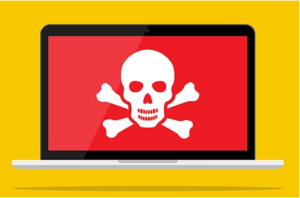 In addition to slowing down computers, viruses can also result in data loss, crashes, and the need to reformat hard drives. These infections can also prevent a person from logging in and carrying out any actions on the computer.

Users can be safeguarded against viruses that can harm their computers with preventative measures like antispyware software and antivirus solutions. Users should therefore be interested to learn which antivirus is best for laptops in India. Laptop owners have a wide selection of antivirus software solutions.

The top antivirus programmes for laptops in India include Norton Security Standard, Bitdefender Antivirus Plus, McAfee Total Protection, AVG Ultimate, and Quick Heal. For computers, antivirus software has a lot of benefits, but it also has drawbacks.

Antivirus software for computers might potentially slow down the system, which is one of its key drawbacks.

Actually this is often due to the fact that antivirus software takes a lot of resources from the disc drive, slowing down the PC as a whole. Security flaws are another drawback of antivirus software, especially when the user neglects to update the application.

Thus, the system is still vulnerable to viral infection.

Additionally, it’s vital to be beyond any doubt that antivirus software doesn’t always provide complete security. Due to the daily emergence of new cyberthreats, this is just not practical.

Is It Better if You Have Antivirus Software on Your Computer?

Antivirus software is almost always preferred to not having it on computers. Computers can benefit from antivirus software in numerous benefits, including password protection, prevention of data thieves, malware and virus protection, setting up parental controls, improving PC speed, and limiting access to risky websites.

Without antivirus software, a computer runs the danger of becoming victim to malware, spyware, and other cybersecurity threats. Avast antivirus and Bitdefender Antivirus Plus are two of the most well-known antivirus products available right now. The increased security features of such software check computers and networks and thwart cyberattacks before any harm is done.

What is CSRF? How to Save Yourself from CSRF Attack