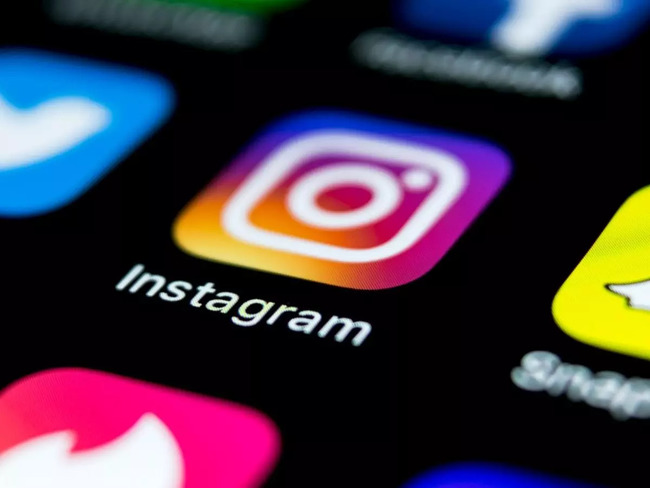 Instagram users can edit and upload pictures and short videos. They can also add a caption to each post, and users may use hashtags to index their content and make it searchable by other app users. When tagged with hashtags or geotags, a user’s posts are visible to the public and show up on their followers’ Instagram feeds. In order for just their followers to see their postings, users can also choose to make their profiles private.

Instagram is a platform that may be used by both individuals and companies. Companies have the option to create a free public account on the photo-sharing app to advertise their name and goods. Business accounts provide free engagement and impression metrics for organisations. More than 1 million advertisers utilise Instagram globally, claims the Instagram website, to communicate their narratives and improve company outcomes. Furthermore, 60% of users claim that the app helps them find new products.

It was founded by Kevin Systrom and Mike Krieger in San Francisco after initially attempting to build a platform resembling Foursquare but ultimately focusing solely on photo and video sharing. The two words”instant camera” and “telegram.” make Instagram

On October 6, 2010, the iOS app was made available through the iTunes App Store, and on April 3, 2012, the Android app followed suit. Just two years after inception, the network had a meteoric rise in popularity, with the firm boasting more than 40 million active users. Facebook took notice of this and in the summer of 2012 officially acquired Instagram for $1 billion.

It initially allowed users to upload only images, but in 2013 the platform allowed users to upload 15-second videos. Instagram increased the maximum video duration to 60 seconds in 2016. Up until 2015, the aspect ratio of every Instagram photo had to be square. The business modified this to enable full-size photo and video uploads from users. The business has generated considerable controversy.

Instagram CEO Systrom reassured users after receiving a lot of negative feedback from users who were concerned the firm might sell their photographs and identifiers. The policy’s phrasing was swiftly changed.

An argument that it was unfairly targeting women’s bodies when it censored images that did not violate the company’s rules and conditions generated controversy in 2013. Negative comments also followed Instagram’s 2016 move to stop displaying timeline photos chronologically and instead use an algorithm to determine photo order.

In comparison to Twitter’s entire user base, the company had 700 million active users as of April 2017.

Tools and features for editing

Instagram offers a variety of digital filters, including several that give pictures a vintage or faded appearance. In addition, photo-tuning tools let users change the brightness, contrast, saturation, sharpness, structure, straightness, and colour of their images. Lux is another editing option that brightens shadows, darkens highlights, and boosts contrast. Photos can also have a manual tilt shift and vignette effect added.

It introduced a feature in 2017 that enables users to upload numerous images or videos simultaneously, displayed in a carousel manner.

It launched a Stories feature in 2016 that enables users to post experiences from their day that vanish after 24 hours, drawing inspiration from the well-known Snapchat app. Instagram Stories gives users the option to add text, drawings, emoticons, links, and geotags straight to the image or video as well as augmented reality-based face filters and stickers. Instagram Stories’ 200 million active users in April 2017 outnumbered Snapchat’s, its main competition, at that time.

We can download Instagram from the google store, play store, and apple Store on android and apple devices.

Instagram users may view photographs from accounts they follow in a fashion akin to Facebook’s newsfeed from the Home page, the initial screen that shows when the app is started. Instagram Stories—posted by people you follow—are shown as circular profile photographs at the top of the Home page. On their home feed, users can access Instagram Direct in the top right corner.

Members of the Instagram app can search for user accounts to follow or discover user photographs by using hashtags or geotags in the Explore tab. Along with trending hashtags and popular posts, the Explore tab also shows curated material and recommendations based on the user’s activity and the accounts they follow. The Activity tab shows recent likes and comments on posts as well as recent activity from users the user is following.

All of the user’s uploaded photos and videos are collected under the Profile tab, along with a brief biography. Click the Camera tab to submit a photo or video, and you can do so by capturing one directly from the app or by selecting one from your device’s library.