HomeBUSINESS8+Best Nerdwallet Substitutes That You Must Know

8+Best Nerdwallet Substitutes That You Must Know 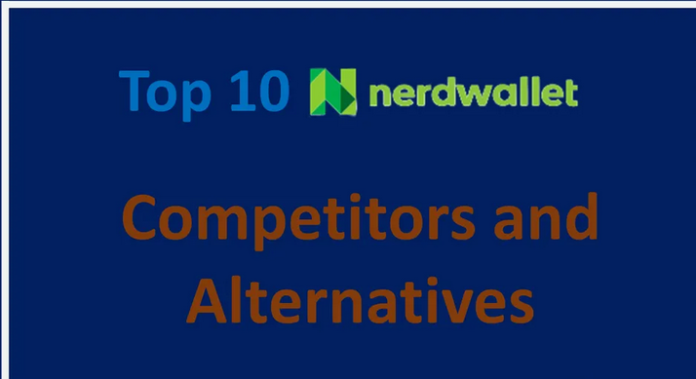 NerdWallet has quickly risen to the top of the American personal finance websites. Tim Chen, the site’s creator and CEO, launched it in 2009, and since then, it has outperformed more seasoned and eminent competitors like BankRate in the fiercely competitive personal finance market. The company is reportedly valued an astounding $500 million, although by today’s inflated valuation standards, that figure is surely wrong.

Not bad for a blog that began with $800 in startup funds in the depths of the 2009 crisis. That kind of accomplishment would undoubtedly draw a wide range of rivals, therefore we must wonder who the top NerdWallet rivals are.

In this post, we examine the top 10 NerdWallet alternatives for 2022.

8+Best Nerdwallet Substitutes That You Must Know

Below, you’ll find reviews of 10 personal financial websites that can be used as NerdWallet alternatives. All of these websites are reliable resources of knowledge that assist customers in making more knowledgeable financial decisions.

They offer informative articles, interviews with business leaders, free financial tools, workshops, and how-to manuals on a variety of subjects, from mortgages to insurance.

One of Nerdwallet’s most potent rivals, Bankrate has its headquarters in Palm Beach Gardens, Florida. Basically the company was established in 1976 as a print journal, but it wasn’t until 1996—20 years later—that bankrate.com, its website, went live.

More than 200 personal finance calculators are among the wealth of useful financial information and tools that Bankrate makes available to readers as part of their mission to help you “Maximize Your Money.”

Readers may get a thorough overview of crucial financial issues like personal loans, home equity loans, mortgages, and banking from Bankrate’s articles. The business has twice gone public before being taken private, making it a top target for private equity investors. The business now has over 500 employees under the direction of CEO Scott Kim.

Bankrate is owned by Red Ventures, an American media holding firm, which paid $1.24 billion for the company in 2017.

#12 on SimilarWeb for Finance 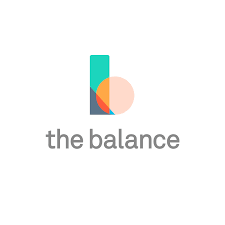 The Balance was established in 2016 and focuses on more general issues affecting the American economy as well as more individualised financial issues like banking, loans, and credit cards. Eventually it became a stand-alone publication in 2016 and sourced a large portion of its content from the now-defunct About.com. A New York City-based company, employs more than 50 financial professionals who provide material to assist customers in all facets of their financial lives.

Actually the Balance receives an average of 13.51 million visits per month, according to SimilarWeb. Over 9,000 articles, including over 2,000 reviews of financial products, are available to readers. Customers can find more specialised material on The Balance, The Balance Careers, and The Balance Small Business in addition to The Balance.

Lauren Silbert is the vice president and general manager of The Balance.

The Balance is a component of Dotdash, which is owned by IAC. As members of the Dotdash publishing group, Investopedia, Lifewire, ThoughtCo, and TripSavvy are all included. TechCrunch reports that Dotdash’s revenue rose by 44% to $131 million in 2019. Neil Vogel is the Dotdash CEO at the moment.

The Dotdash publishing group includes The Balance and Investopedia 3. 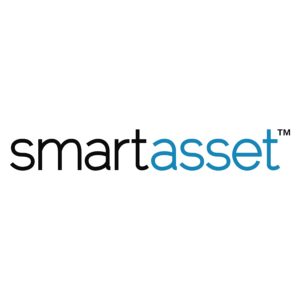 One of the more recent NerdWallet alternatives is SmartAsset, which has its headquarters in New York City. The website specialises on directing users to resources on investment, retirement, and financial advisors. SmartAsset describes itself as a “financial technology startup,” offering consumers free resources to assist in managing their money.

According to the company’s Crunchbase profile, it has 19 total investors who are highly invested in venture capital. The main reason why SmartAsset has drawn notice is because of its effective fundraising. In a Series C funding round, SmartAsset raised $28 million in 2018. In six investment rounds, it has raised a total of $51.4 million.

When assisting its readers in finding a financial advisor and selling the RIA leads to financial institutions, SmartAsset tends to concentrate more on the investment side of things. SmartAsset is ranked sixth among websites for financial planning and management according to SimilarWeb, with an average of 11.31 million monthly visits.

SmartAsset employs native ads and advertorials to promote their company, similar to the other two websites on this list (EverQuote and ThePennyHoarder). In an effort to emulate EverQuote, they occasionally make contentious advertisements in an effort to boost interaction with their creatives.

One advertisement in particular caught my attention since it featured a photo of two of their employees with the company logo in the background, and the letters E and T from their name, SmartAsset, appeared to have been purposefully removed.

I could not have made this up.

A Taboola native advertorial produced it.

Smartasset.com is owned by who?

Michael Carvin is the CEO at the moment. 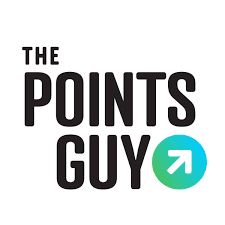 Because of his knowledge of maximising credit card rewards and airline points for travel, Brian Kelley founded The Points Guy. The Points Guy differs from other NerdWallet rivals because of this.

The Points Guy specialises in providing information on how to use credit card and airline rewards to travel more affordably. Users can read articles about recent travel offers, a beginner’s guide to points and miles, the best airline credit cards, and more.

The Points Guy is a fantastic source for reviews of flights, lodgings, travel accessories, and more. Entrepreneur claims that Capital One is one of The Points Guy’s key partners.

According to SimilarWeb, The Points Guy ranks 11th among the top travel and tourism websites with an average of 7.65 million monthly views.

ThePointsGuy.com was owned by its founder Brian Kelley from 2010 until 2012.

For an undisclosed sum of money, Brian Kelley sold Bankrate his controlling stake in the company in 2012.

#11 on SimilarWeb for Travel and Tourism

The Points Guy was purchased by Bankrate in 2012, and Red Ventures later purchased it.

ValuePenguin, an 8-year-old rival to NerdWallet, focuses on providing useful information and comparison tools so that users can make informed financial decisions. Customers can evaluate several insurance and credit card options on ValuePenguin. ValuePenguin estimates that 16 million people visited the website overall in 2018.

Our list of personal finance websites includes those that are private and don’t disclose their internal figures. However, publicly listed LendingTree purchased ValuePenguin in 2019 (Nasdaq:TREE). According to LendingTree, ValuePenguin generated $12.5 million in revenue and had an EBITDA of $9 million during the first nine months of 2018.

ValuePenguin.com is owned by who? 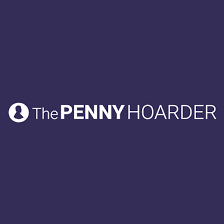 The Penny Hoarder was established in 2010 by Kyle Taylor in St. Petersburg, Florida. Taylor established The Penny Hoarder, according to The Collegiate Entrepreneurs’ Organization, to talk about how he was successfully managing his money while paying off $50,000 in student loans and credit card debt.

The Penny Hoarder covers a wide range of financial issues, such as credit ratings and property purchases, although its main emphasis is usually on how to make and save money. The Penny Hoarder Academy, which gives lessons and advice on basic financial problems including budgeting, credit cards, and job hunting, is another resource for readers. ThePennyHoarder uses a traffic technique akin to that used by businesses like EverQuote, i.e., flooding the internet with dramatic native adverts.

The website has actually 17 million readers, 6.9 million Facebook fans, and 1.2 million email subscribers, so the method appears to be effective.

Thepennyhoarder.com is owned by who?

The Penny Hoarder was purchased by Sykes Enterprises in 2021 for $102.5 million.

The Type Of Company The Penny Hoarder

#37 in terms of estimated monthly visits on SimilarWeb Finance 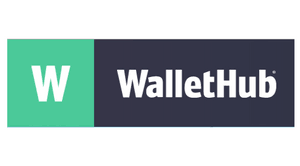 WalletHub is a personal financial website with a Washington, D.C., base that helps users improve their “WalletFitness” with practical tools for handling credit and money. Its creator and CEO Odysseas Papadimitriou started WalletHub in 2012. Papadimitriou had previously founded CardHub, which provided credit card comparison tools, before WalletHub.

These capabilities were added to WalletHub in 2016. Today, giving customers tailored, data-backed advice on how to improve their credit is one of WalletHub’s key goals. Wallethub also works to raise people’s financial literacy. WalletHub sees an average of 6.11 million monthly users, according to SimilarWeb.

Rank #38 on SimilarWeb Finance based on expected monthly visits

The company that owns Wallethub, Evolution Finance, Inc., debuted it in 2013.

Also Check   11 Best Basecamp Alternatives that You Must Know

This is an independent website that specialises on offering personal finance guidance to young individuals.

Money Under 30 offers readers free access to personal financial tools including a monthly budget spreadsheet and a house affordability calculator in addition to creating educational content. The podcast series is one feature that distinguishes Money Under 30 from other NerdWallet rivals.

Some of the most well-known figures and authorities in the financial sector are frequently guests on Money Under 30’s podcast series MU30-In-Person. These discussions offer listeners an informative window into the thoughts of influential people in the industry.

Hanno Fichtner, the CEO of Gabi, and Jackie Morales, the chief insurance officer of Bestow, are a couple of the most recent visitors.

Moneyunder30.com is owned by who?

David Weliver established Money Under 30 in 2006.

Weliver launched the website after successfully paying off $80,000 in debt over the course of three years, according to Money Under 30.

Money Under 30 is an unaffiliated 9. 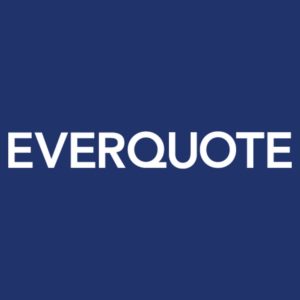 They probably have advertisements on display and native platforms all over the place.

If you’re occasionally unable to distinguish between advertorials and legitimate content, you undoubtedly clicked on one of their advertisements out of curiosity to learn how two bright young Asians are upending the insurance sector.

Whether it’s amusing or misleading, EverQuote has managed to work with over 5,000 insurance companies and agencies and amass a user base of 5 million people per month. They concentrate on offering their audience editorial content and insurance comparison services.

The business is situated in Cambridge, Massachusetts, and it is traded openly on the Nasdaq (Nasdaq:EVER).

EverQuote is a publicly traded business with a $1.1 billion market worth. Seth Birnbaum and Tomas Revesz founded it.

AdHarmonics, the previous name of the 2008-founded EverQuote, was later changed to EverQuote 10.

We couldn’t create an article about the best NerdWallet alternatives without mentioning our own website, just like TV contributors can’t appear on TV without promoting their own book.

As a member of the Bidwise Media network, Surfky.com covers stories on small companies, credit cards, insurance, and other personal financial subjects. Finance isn’t the site’s exclusive focus, either.

Lifestyle and education are only a couple of the topics that Surfky Magazine covers. We have a distinct identity and are happy to offer an alternative viewpoint to the sector, unlike SmartAsset or any of the businesses mentioned above.

NerdWallet alternatives is one of the most well-known platforms for finding the solutions to your most pressing financial concerns quickly and easily.

As the pinnacle of the insurtech industry and a resource for helping their audience navigate the complexities of personal finance, NerdWallet has set a pretty high bar.

Try one of these 10 NerdWallet alternatives to learn from professionals and acquire illuminating information that will change your financial destiny.