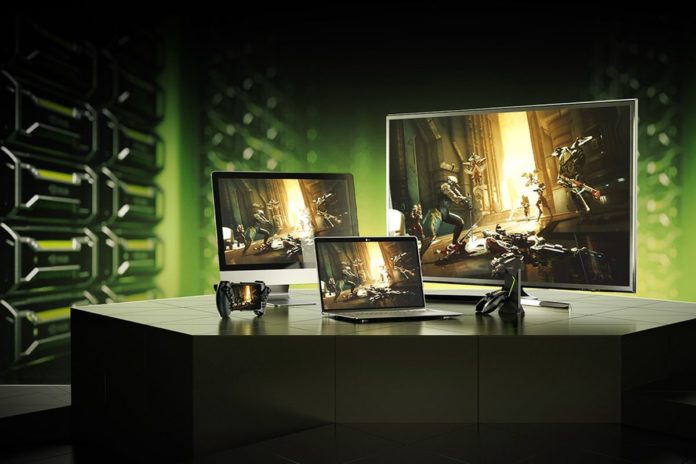 Which NVIDIA graphic cards is best for gaming?

Looking for best Nvidia graphic card for gaming? This post will show you different nvidia graphic card for gaming that you never knew before. It’s simple to become frustrated when trying to choose the best graphics card to purchase after finding component page after component page online. By assisting you in understanding some of the capabilities in NVIDIA graphics cards, we hope to reduce some of the pain points related with decision-making. In order to satisfy your PC gaming goals, you can then browse for the best NVIDIA graphics cards for laptops and desktops with greater knowledge.

A gaming system’s graphics processing unit (GPU), often known as the graphics card or video card, is a crucial component.

Additionally, it might even be more crucial for some graphics-intensive applications than the central processing unit (CPU), which is frequently referred to as the brain (or heart) of a computer. The CPU may now focus on other activities because of the GPU’s quick math computations. Images, animations, and video are created and rendered more quickly as a result. Mostly games today use nvidia graphic card for gaming.

There are two sorts of GPUs: discrete GPUs, which have their own memory on a separate card from the CPU, and integrated (or embedded) GPUs, which reside on the CPU and share memory directly.

Cores transmit sets of instructions that let computer programmes carry out particular tasks and handle data. Single and many cores are present in processors, similar to CPUs, and are used for sequential processing. On the other hand, a GPU was designed to handle several tasks. It can manage thousands of threads (also known as instructions) at once thanks to its hundreds or thousands of tiny cores.

The GPU’s version of CPU cores are called CUDA cores. They are parallel processors with thousands of cores that can complete calculations involving numbers in milliseconds. All of the data that passes through the GPU is handled by CUDA cores, giving it strength and speed. Lighting, shadows, special effects, intricate simulations, virtual worlds, and other graphics settings are among those that are most influenced by CUDA core counts.

Tensor cores are built on NVIDIA’s Turing architecture (see below), which allows for enormous gains in efficiency and throughput by allowing complicated calculations, particularly those found in artificial intelligence (AI) and deep learning applications, to be completed in a single operation.

They are used primarily for deep learning super-sampling (DLSS), a technology developed by NVIDIA that produces improved images without using a lot of the GPU’s primary processing resources. In order to make it appear as though the graphics were produced at higher resolutions, DLSS pushes games to render at lower resolutions. It accomplishes this by employing some anti-aliasing methods.

The “staircase effect”—commonly referred to as “jaggies”—is eliminated from computer games with anti-aliasing technology making them look more fluid.

Also Check   How to Play Google Snake Game on Google

Ray-tracing (RT) cores are created to execute these methods. By creating physically precise and realistic shadows, reflections, and other effects, ray tracing is a rendering feature that realistically simulates a scene’s lighting and objects. It creates levels of realism that are significantly higher than those produced using conventional rendering techniques by tracing the course of simulated light to construct an image. Because ray tracing requires a lot of computing, RT cores are made to speed up some of the algorithms’ most time-consuming steps.

The architectures, what about them?

The Pascal and Turing architectures serve as the foundation for NVIDIA graphics cards from the GTX and RTX series, respectively.

One of the most potent computer architectures ever created inside a GPU is the NVIDIA Pascal architecture. Performance, power usage, and heat generation have all been significantly improved over earlier systems.

In comparison to previous-generation GPU architectures, the Pascal architecture offers remarkable performance for high-performance computing (HPC) applications of more than 5 teraflops and a 7x boost in deep learning capabilities.

The NVIDIA Turning architecture is the most cutting-edge GPU architecture in use today and the first GPU to provide real-time ray tracing. With increased graphics capabilities and new programmable shading algorithms, it greatly outperforms earlier generations (like Pascal) in terms of performance. This enables more realistic details, fluid interaction with big models and settings, and improved virtual reality (VR) experiences.

With up to three times the performance of previous-generation graphics cards thanks to the Pascal architecture, the NVIDIA GeForce GTX 10 Series graphic cards are among the best NVIDIA GPUs. They also provide cutting-edge gaming technologies and improved VR experiences. 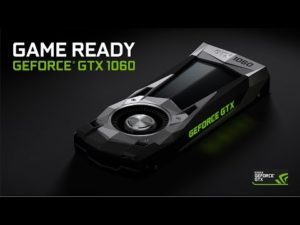 The Pascal architecture is utilised by the GeForce GTX 1060 to increase speed and power effectiveness. It contains 1,280 CUDA cores, a memory bandwidth of 192 GB/s, a base speed of 1,506 MHz, and enhanced rates of 1,708 MHz. 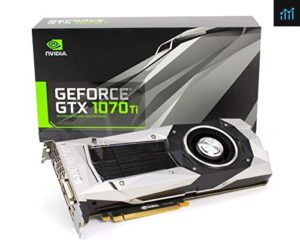 The 8GB of GDDR5 video memory, 8 Gbps clock speed, and 256 GB/s memory bandwidth are all features of the GeForce GTX 1070.

It contain a base speed of 1,506 MHz and boosted rates of 1,683 MHz, just like the GTX 1060, but it has more CUDA cores (1,920 in fact). With a suggested retail price of $400, the GTX 1070 is a graphics card that lies between between high- and mid-end, making it perfect for gaming at FHD resolutions. Additionally, QHD video games run smoothly on it. The NVIDIA GeForce GTX 1080 is basically one of the most potent gaming GPUs in the GTX 10 series.

With a base speed of 1,607 megahertz and enhanced speeds of 1,733 MHz, it has 2,560 NVIDIA CUDA cores, 8GB of GDDR5X high-bandwidth video memory, and a memory speed of 10 Gbps. This card offers ground-breaking power, efficiency, and performance, operating at a speed that is almost 30% quicker than the GTX 1070 and 1060 cards. The GTX 1080 is basically a high-end graphics card that costs $500 or more and is ideal for gaming at QHD resolutions.

The first gaming GPUs built on the NVIDIA Turing architecture are the GeForce RTX series of graphics cards. To produce clear visuals and lifelike shadows, refractions, reflections, and other advanced and distinctive lighting effects that were not achievable on earlier architectures, the very advanced Turning-based RTX series graphic cards run powerful AI algorithms in real time. This GPU architecture is the first to offer real-time ray tracing and is equipped with all three cores (CUDA, tensor, and RT) (RT).

The RT cores are responsible for real-time RT, and the performance of these cores is measured in a new unit called giga rays per second (or GR/s). You can play games at their highest settings and with high frame rates, which are often those higher than 60 frames per second, thanks to the RTX series graphic cards’ GDDR6 memory, which is the fastest memory in the world (fps). As for graphic card for gaming purposes, this nvidia card fulfills all the requirement of the pro-gamer.

The Turing architecture runs 6 times quicker than Pascal for games using ray-traced visuals. NVIDIA asserts that Turing will provide 2 times the performance of Pascal and 4K gaming at 60 frames per second on even the taxing triple-AAA (AAA) games.

Ultra High Definition, or 3840 x 2160 pixels, or more than 8 million pixels, is the resolution for 4K. Furthermore, 4K delivers a resolution that is four times higher than that of HD.

The GeForce RTX 2080 Ti, which is debatably the best premium GPU currently available, is really revolutionary in terms of performance and speed

The RTX 2080 Ti is especially well-suited for high-performance, GPU-intensive 4K gaming because to the extra RAM and CUDA cores.

78 trillion RTX-OPS and 10 GR/s are supported by the RTX 2080 Ti (NVIDIA refers to as the performance availjable when rendering next-generation games with hybrid graphics). In games that support it, each of these capabilities makes ray tracing and DLSS possible. The catch is that there are currently just a small number of games that use ray tracing.

However, considering that it now costs well over $1,000, the RTX 2080 Ti is undoubtedly not cheap. However, being a top-tier card with blazingly quick performance features and highly cool cutting-edge graphics capabilities, it might just be worth your investment for next and future gaming titles for years to come. 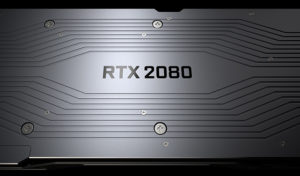 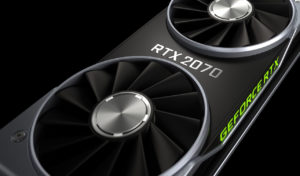 As a result, it won’t be able to push the same limits of playability at many games’ top settings as the RTX 2080 Ti and 2080.

However, it will allow for a respectable 60 frames per second and, more crucially, the incredible ray tracing graphics capabilities seen in the RTX line of cards. In that it only costs roughly $500 less than the RTX 2080 Ti, the GeForce RTX 2070 is a potent yet affordable option to both of the RTX 2080 Ti and RTX 2080.

It can be very difficult to choose the ideal graphics card for your gaming needs. Do you intend to upgrade your entire gaming setup or just a few components? Do you intend to get a brand-new gaming desktop or gaming monitor? Are you creating a brand-new gaming computer system? Do you want to play a particular game? Or would you prefer to be able to play a variety of games? Is your budget really constrained or is there no end in sight?