HomeINTERNETWhat Are The Uses Of Pixel Watch? 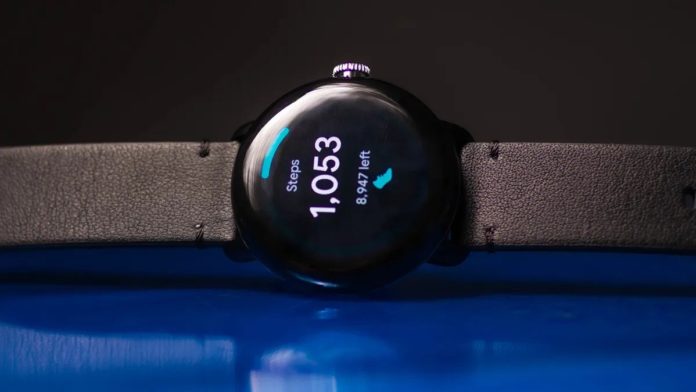 What do you know about the Pixel Watch? Today, I’ll tell you about some interesting facts and figures about Pixel Watch.

The long-awaited Pixel Watch from Google has arrived. After years of rumors, abandoned prototypes, and the acquisition of Fitbit, the company now has a smartwatch that integrates seamlessly into its Pixel lineup of devices. What distinguishes it from the opposition? How does it work?

The design of the Watch

On the surface, Google’s first wearable endeavor appears to have been a success. The watch itself appears fantastic: in contrast to the Apple Watch’s square appearance, it boasts a circular shape. It is made of stainless steel and is offered in four different color combinations: a champagne gold case with a very hazel active band, a matte black case with an very obsidian active band, a chalk active band with a polished silver case, and a charcoal active band with a polished silver case.

Google doesn’t specify the size or resolution of the circular display, but it is a 320 ppi AMOLED screen with up to 1,000 nits of display brightness, which is enough for outdoor viewing. Without the strap, the watch measures 41 mm by 12.3 mm and weighs 36 grams. Expect 32GB of eMMC flash storage and 2GB of SDRAM from customers.

As expected, the Pixel Watch has a band system that lets you mix and match over 20 Google bands. It’s likely that third-party options will be available soon. But unlike other watches, the Pixel Watch straps fasten with a twist and click mechanism from the inside. To be honest, even though that may not be a selling point, it looks cool.

What is the Pixel Watch capable of?

The Pixel Watch gives you a miniature smartphone experience on your wrist, as you would expect from a smartwatch. Examples provided by Google included adjusting the thermostat using the Home app, managing YouTube music playback, seeing notifications, using Google Wallet, navigating with Google Maps, creating timers, and texting.

Google singled out Strava, adidas Running, Line, Strava, and Spotify as some of the integrated apps. If the Pixel Watch is successful enough, hopefully, more developers will continue to create Wear OS versions of their Android apps.

Fitbit is the foundation of the watch, which makes sense given that Google owns the firm. The watch measures your heart rate every second using machine learning and deep optimization. They assert that they can perform this action continuously throughout the day while maintaining a “all-day battery life,” in this case a whole 24-hour day, regardless of the activity. A 294 mAh battery powers it, and it can be charged to 50% capacity in approximately 30 minutes, 80% capacity in about 55 minutes, and 100% capacity in about 80 minutes.

It keep track of your sleep patterns, including details like how long you spent in REM, light sleep, and deep sleep. To follow along with workouts and interact with mindfulness content, it integrates with Fitbit Premium (which includes six months for free). The app also assesses your fitness level and tracks your “Active Zone Minutes” so you can monitor how long you spend in your desired heart rate zones before your next activity.

Also Check   20+ Fubotv Alternatives When Fubotv is Down

It uses an ECG reader to check for AFib and includes a built-in Emergency SOS capability, which is a common feature on both smartwatches and smartphones. Fall Detection will be available on Pixel Watch in 2023, though.

What is the price of the Pixel Watch?

The 4G LTE model of the Pixel Watch is $399.99 while the basic model is $349.99. With it, you can get three months of YouTube Music Premium in addition to six months of Fitbit Premium. You must have an Android handset running Android 8.0 or newer in order to utilise a Pixel Watch.

Any fan of Android seems to love the Pixel Watch, but Fitbit devotees in particular seem to love it. It’s comparable to a Fitbit Pro, complete with all the desirable Fitbit features and all the advantages of a Wear OS smartwatch. Of course, Google’s six months of free Fitbit Premium gives you the opportunity to start using Fitbit even if you don’t currently.

The Pixel Watch is undoubtedly a significant development for the Android smartwatch sector. We must wait and see how effectively it actually functions in daily life, as well as whether its sales are consistent with Google’s expectations for the gleaming wearable.