HomeINTERNET10+Best Plex Alternatives that You Must Know

10+Best Plex Alternatives that You Must Know 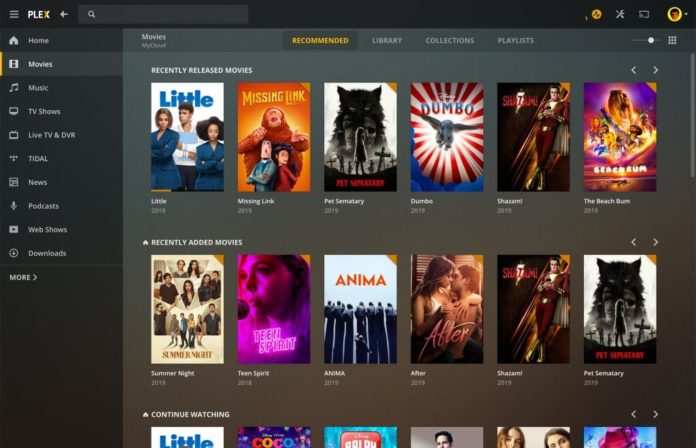 10+Best Plex Alternatives that You Must Know

When selecting the best media center, factors like pricing and compatibility are crucial in addition to the range of features. The latter discusses the platforms from which you can access the media center and the systems on which it should be built. When making your choice, you should also consider how current the Plex substitute is. Because many media centers are linked to web services, regular upgrades to plug security gaps are crucial.

Here are some fascinating examples of the most significant media centers, along with a list of their benefits and drawbacks, to help you pick a good Plex substitute.

The Australian software startup Conceiva debuted Mezzmo, a home entertainment system, on December 20th, 2007. Originally offered as a paid Windows programme, Conceiva now operates on a freemium business model. The basic version of the software can be downloaded and used for free, while the pro edition, which has many more features and a web interface to use it with most browsers, costs money each month. A paid Android app was also made available in 2014. The app is primarily used as a remote application to access material on Android devices that is saved on the local Mezzmo media server. You can stream files stored on the device itself using the app thanks to an integrated digital media server (DMS).

Mezzmo launches automatically and searches the computer for music, films, and pictures.
Mezzmo is incredibly simple to set up; once the program is installed, it immediately searches and arranges all of the movies, video clips, songs, images, and recorded subtitles that have been saved on the machine being used. All networked devices that support UPnP or DNLA or have the app loaded (only for Android) can then playback these files. Mezzmo transcodes the media content in real-time to achieve the best streaming quality. Sharing the media centre is simple since you may access the collection of material simultaneously with different devices at any moment. You can submit a support ticket or use the user forum to get in touch with Conceiva if Mezzmo is giving you any technical difficulties.

The MediaPortal team now oversees the GPL-licensed open-source software that Erwin Becker introduced in February 2014. Support for TV cards so you may watch TV through your media center is a critical component of MediaPortal. Additionally, the free Plex substitute unifies all computer-stored media files in a single user interface along with TV stations, FM and internet radio, and information services (weather, news, etc.). You get to choose how content is arranged; you can organize songs by artist, album, or genre, video clips and movies by actor, cover art, and genre.

MediaPortal provides pre-made categories and the ability to search the whole library for a movie or clip in the video hub.
Since MediaPortal is an open-source program, working with the community is beneficial. For example, plugins created as a supplement that offer extra features may be installed and integrated just as simply as skins to give the user interface a new look. Some extensions enable remote access to your MediaPortal collection from these same devices, even though this Plex substitute is only available for Windows and doesn’t have standalone apps for mobile devices, tablets, or smart TVs. Every single skin and plugin is always accessible from the official download page. Kodi is a Kodi One Plex replacement that was first developed as a media player for the Xbox by Microsoft. The media centre was first released in 2004 under the name “Xbox Media Center” (XBMC), and it retained this moniker when it was made accessible for other platforms. It made the decision in 2014 to rename the GNU-GPL-licensed open source programme to Kodi. This demonstrated that consoles were no longer its main target market. The Kodi project—or, to be more specific, its Linux version—formed the basis for Plex, therefore the media programme isn’t actually a viable alternative to Plex. Plex is technically an XBMC separation code.

The user interface of Kodi

Kodi separates newly added media content from older content while displaying it.
The Kodi team implements new formats and technologies (such as video acceleration) in real time. The Plex alternative automatically gathers metadata from the internet to provide more details about preserved content. But Kodi’s greatest asset is that it runs on all major operating systems. Installation packages are available for Android, iOS, and Raspberry Pi in addition to Windows, Linux, and macOS. The selection of options is completed through remote control apps for iOS and Android.

With their application of the same name, the Bulgarian firm Stremio introduced an innovative Plex substitute in 2015, and movie and television enthusiasts embraced it with great enthusiasm. The user-friendly open-source media center concentrates solely on organizing video content. It interestingly incorporates video-on-demand services like Netflix, Amazon Prime, etc., by allowing add-ons to merge content from various providers with the Stremio interface. When building the library, your videos, programs, and films are also considered. Thanks to the integrated calendar tool, you can constantly track the release dates for new episodes or highly anticipated movies.

You must either register for an account or connect the media center to your Facebook account to create the Stremio library.
Stremio offers a good pricing comparison and an excellent overview of when and where the material is available by integrating several streaming services. The open-source platform is just as well-equipped in terms of interoperability as Kodi: desktop versions for Windows, macOS, and Linux are available, in addition to free apps for Android and iOS. The developer also intends to launch a web application for the Plex substitute, enabling users to manage and access their own libraries in addition to the current applications for desktop PCs and mobile devices. Another example of an open-source Java program is the Universal Media Server. The PS3 Media Server spin-off application was created in May 2012 by SubJunk, a key contributor to the media server for Sony’s gaming system in the past. Because it supports both DNLA (Digital Living Network Alliance) and UPnP (Universal Plug & Play), which allow music, films, and photos to be streamed simply on all devices that adhere to these standards, the program is particularly outstanding as an alternative to Plex (this includes PS4, Xbox 360, iPhone, Android devices, and various smart TVs). Because there are many versions of Universal Media Server, it can be used with Windows, Linux, and macOS.

The Universal Media Server allows experienced users to make intricate settings for transcoding and the quality of audio and video files.
The development team frequently updates the media centre. Recent upgrades are frequently available for download as a beta version, however users should be aware that the software may not always function properly in these pre-releases. The Plex substitute can be expanded with plugins and comes with an optional web browser interface. This might be used, for instance, to incorporate a SoundCloud link. In the project’s official directory on Github, you can find more details on the development status and helpful links to interesting Universal Media Server websites. Github.

Also Check   12 Best Jira Alternatives that You Never Knew Before You will undoubtedly come across the Emby if you’re looking for a solid Plex substitute. With a free media server available for Windows, mac, and Linux, as well as NAS and docker platforms, the mostly royalty-free application (GNU-GPL), which has been developed by Emby LLC since 2015, offers all the functionality you might need for the multi-device organization of your video assets. The extremely complicated web interface allows the configuration of the Emby server to be independent of the selected OS. All DNLA-capable devices automatically detect the server, but the developers additionally provide a variety of proprietary (and partially fee-based) apps for mobile devices (iOS, Android, Windows), smart TVs, and gaming consoles (Samsung, LG, PS4, Xbox One).

Through remote access, the local network and the WAN (vast area network) can access Emby servers.
The online dashboard will automatically launch once you start the Emby server after installation, allowing you to set up all the requirements for your personal media server. Finding the ideal configuration for transcoding the content is just as important as stocking the library. Additionally, it is possible to build various user profiles with access authorizations. By doing this, you can, for instance, guarantee that youngsters cannot access adult content. You can access many more features, including cloud and folder syncing, a cover configurator, and a backup option if you purchase the monthly Emby Premiere plan. Additionally, you may save videos and music when you subscribe so that they can be played without a network connection. You can also stream them to specific devices and save them when you subscribe.

A proprietary Plex substitute, TVersity is produced by TVersity Inc. Utilizing DNLA/UPnP technology, its premium media server package enables users to stream material from their personal computers to a wide range of devices (content can also be accessed through standard web browsers). The TVersity server will transcode the necessary files in real time if the format or codec on the target devices is not supported. Your collection is constantly current thanks to automatic background indexing of your images, music, and video files. Unfortunately, this Plex substitute only functions as a server under Windows.