HomeINTERNET6 Best Twitch Alternatives that You Must Know 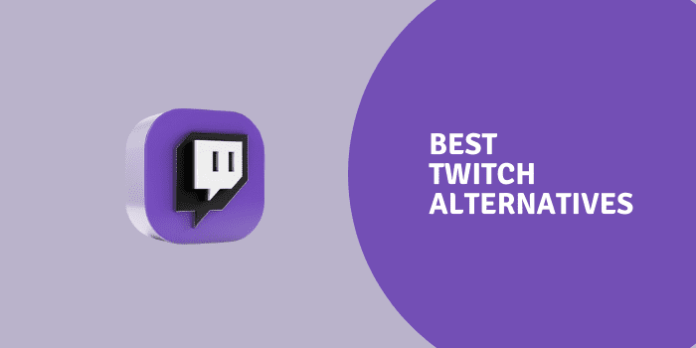 Following are the best 6 twitch alternatives.

Best sites to stream games instead of Twitch 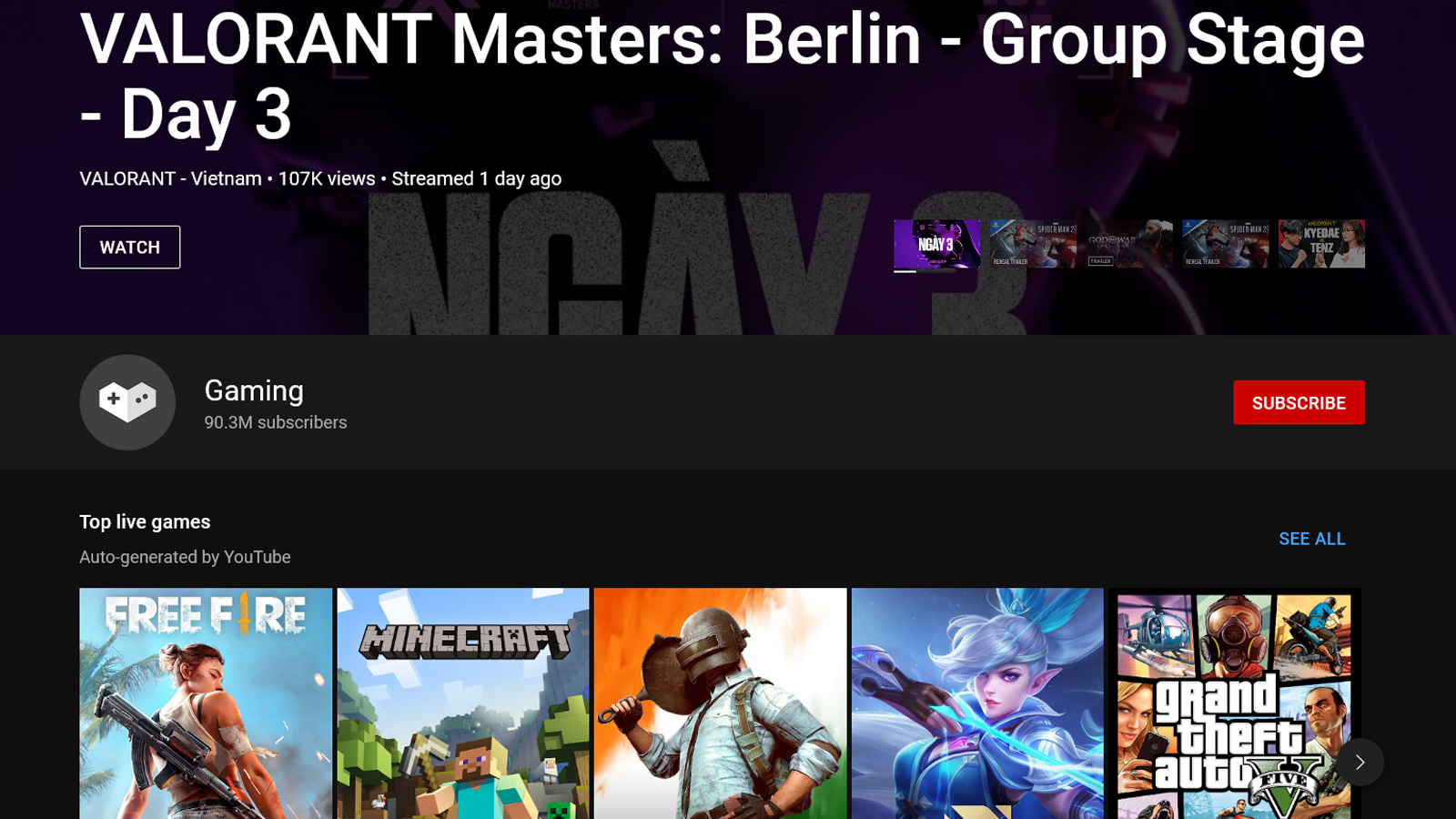 One of the finest Twitch alternatives is YouTube Gaming. Similar to Twitch, you may make money using it. Additionally, YouTube permits Super Chat donations while live streaming, so your channel’s subscribers can thank you. Google advertisements and appreciation stickers are additional sources of income.

While live streaming, you can communicate with the audience by using the chat window feature. This is entirely optional; you are also free to disable comments. Additionally, since you may publish the live stream directly to your channel, those who missed it can always catch it later.

You don’t need to worry about installing an additional app because YouTube’s Gaming portion was previously launched as a separate app. You can search for material from your area as well as from around the globe using YouTube gaming. Top live games, recommended content, promo channels, and other categories are used to organize the content.

Gaming streaming on YouTube is also very straightforward. You may customize every aspect of your live stream in a separate section using the many choices, including webcam settings and stream duration. External integration is no longer necessary unless you require really sophisticated choices. The majority of the streaming programs used with Twitch are also compatible with the platform. 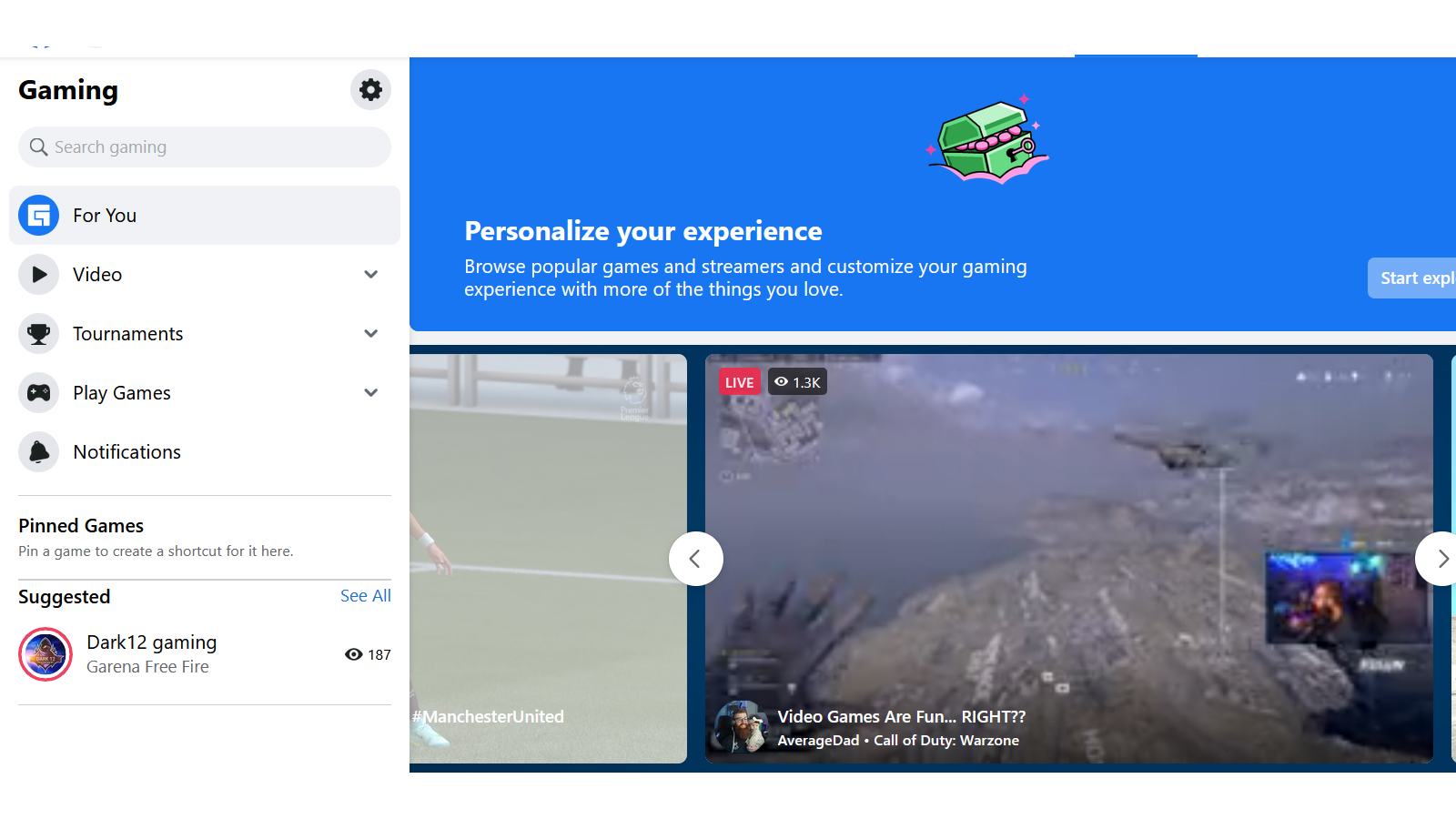 Facebook Gaming, the company’s debut in the market for game streaming, has some really fantastic features. It started in 2018, and since then has expanded quickly. Facebook Gaming had 38 million peak internet viewers as of May 2021.

You may ask your Facebook friends to like your channel using the platform’s invite feature, which can help it gain some early traction. Every time you begin a live stream, all of your channel’s fans are instantly notified. You won’t need to wait for viewers to join the stream or worry about alerts this way.

Utilizing Facebook Gaming is simple because it is integrated with your Facebook account. It offers a clear, straightforward user interface that is easy to use. All you need to do to start broadcasting is to have admin access to some streaming pages (or to make your own). You can even monitor various stats pertaining to your streaming page using the platform.

Financially speaking, Facebook Gaming deducts a 30% commission from your support revenue. Given that this costs significantly less than Twitch, it is a respectable substitute. Another streaming network, Mixer, has just been added to Facebook Gaming, and it is anticipated to expand further. 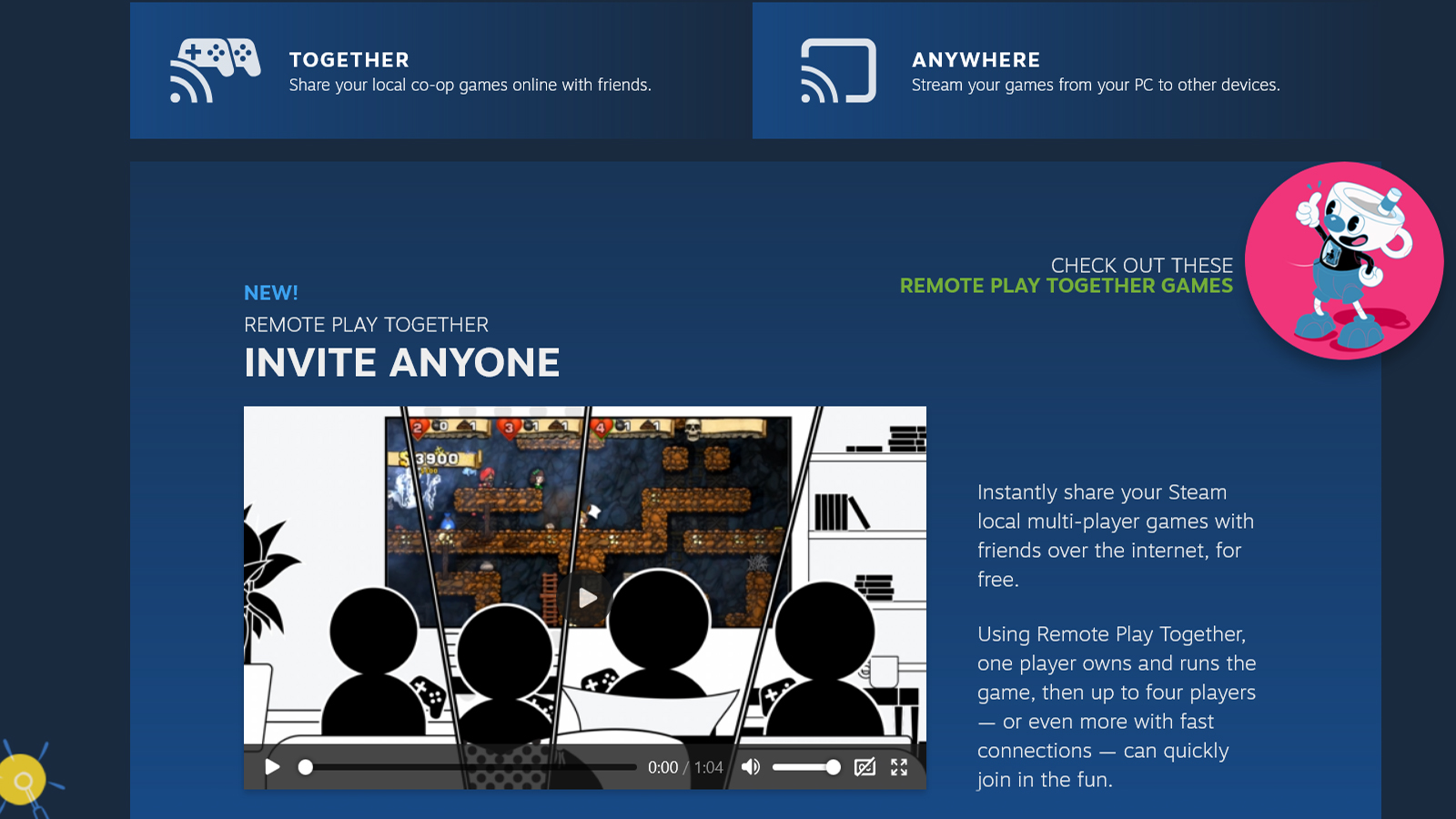 Agreed, The primary use of Steam is as a marketplace for video games. But you can also stream video games to viewers using the platform’s “Steam Remote Play” feature. However, rather than monetizing your channel to generate income, it’s more practical for simply hanging out with friends and streaming material to them.

Use Steam to play with friends or just to showcase your gaming skills. Other people can either request access, or they can join directly if they know the URL. Your pals are also allowed to share the keyboard and mouse since this is a service designed for leisure. Access to every control choice is simple. 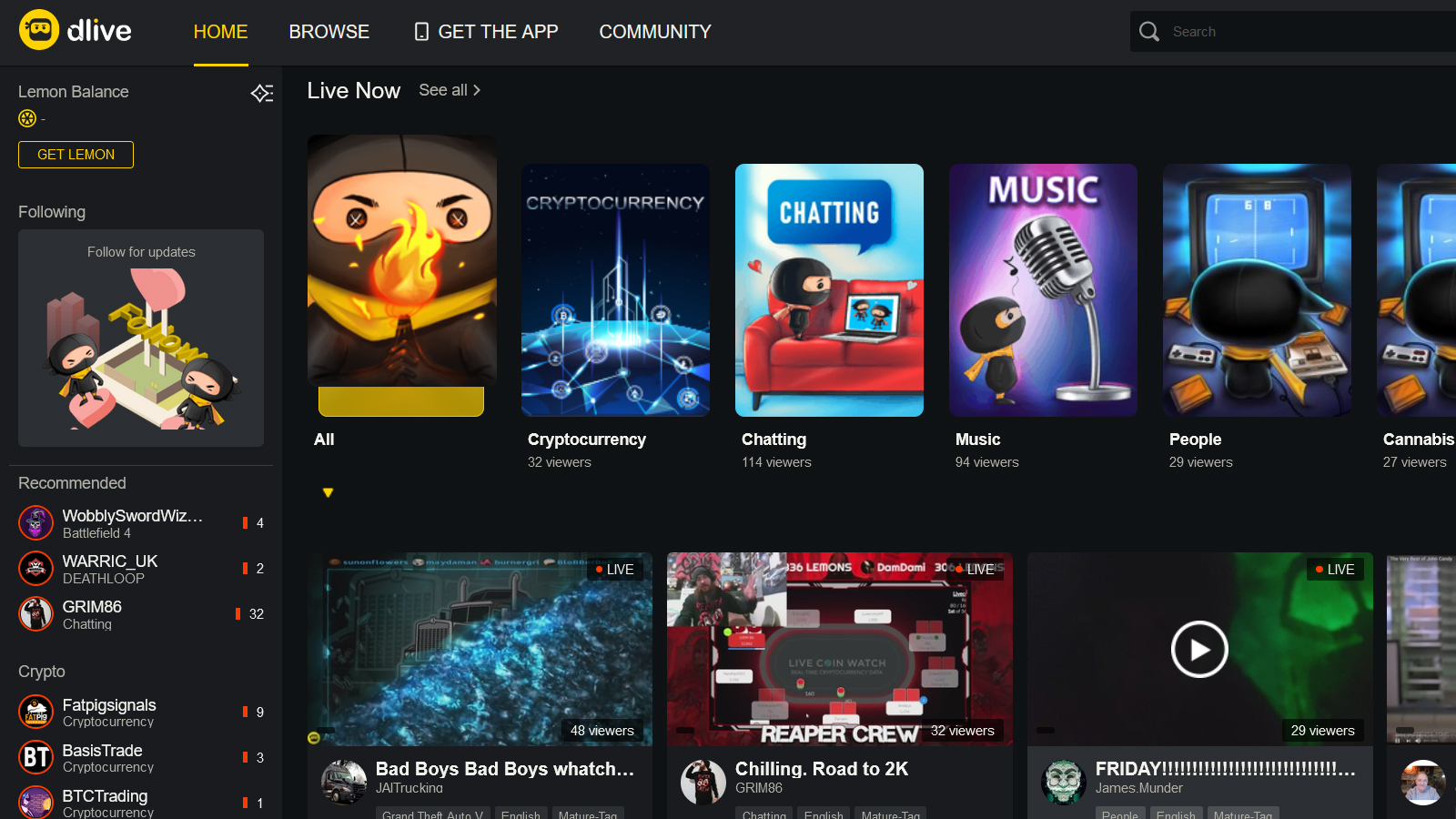 The 2019 BitTorrent acquisition of DLive is fantastic for streaming games and other media. The platform has many users who stream content from other than video games, making it more deserving of the general streaming category.

The startup improves streaming quality using Blockchain technology. The relative freedom of speech on the site is actually one of the reasons why a lot of users favor streaming on DLive. Comparing DLive to YouTube or Facebook, the content/chat policing is less severe, allowing it easy to say whatever you want.

You are also allowed to keep about 75% of the commission money earned from streaming as a streamer. It’s also simple to set up and start things. Viewers can select from a wide range of topics and can stream content from either the web or a smartphone. Additionally, streamers can get cash directly by utilizing their BitTorrent token or Tron address. 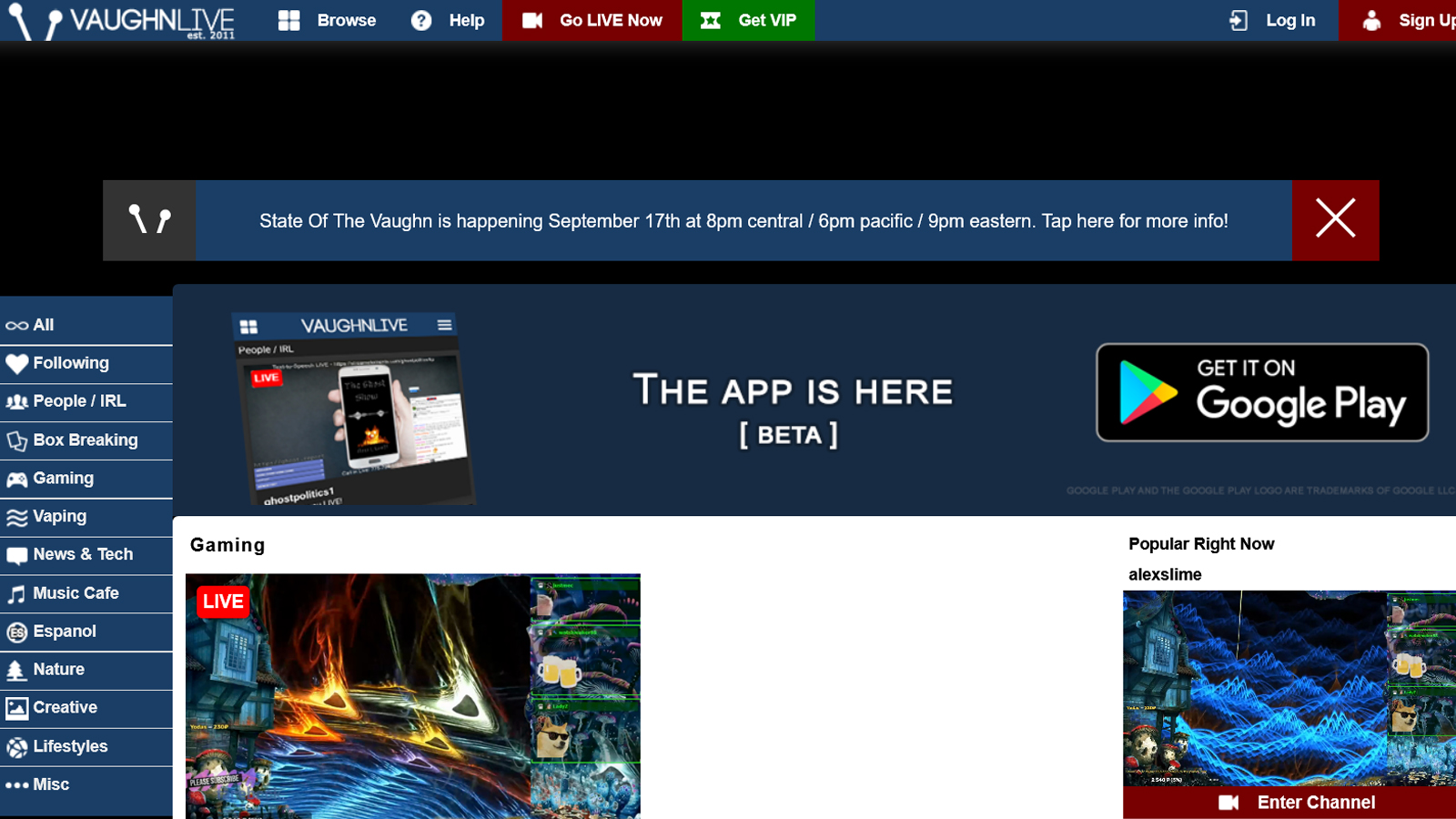 In 2011, the streaming service Vaughn Live launched iNSTAGIB TV, which is devoted to streaming video games. The platform was abandoned by the designers, though, and it was shut down in March 2021. The former programming on iNSTAGIB has now been redirected since the creators have chosen to concentrate entirely on Vaughn Live as a streaming platform.

Access to Vaughn Live is available via mobile and web. One of the oldest platforms available, it streams a wide variety of content. All you need to do to use the platform is sign in and click the “Go Live Now” button. To stream content, you don’t also require an external streaming platform.

The platform offers two VIP options for users, which among other perks include ad-free content and a priority watch. These give a lot of extra options and are priced at $9.95 USD and $14.95 USD. The Live Chat function makes it simple for viewers and streamers to communicate. 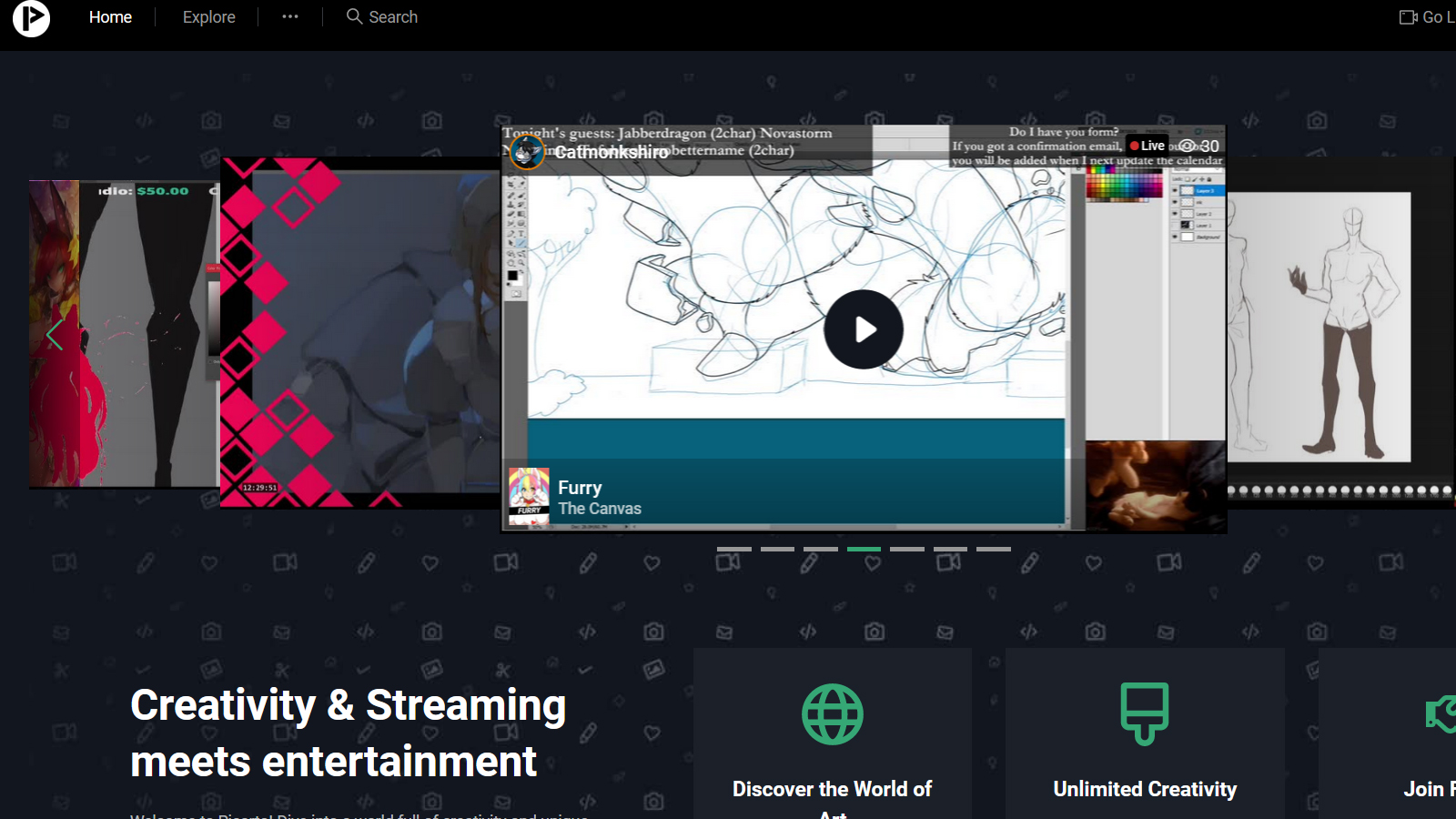 There isn’t much gaming-related content on the streaming service Picarto. However, it is well known for its art streams and features a wide range of artists. The closest thing to gaming on Picarto may be when users submit or live stream visual images that game developers could find.

You may find a wide variety of art forms and watch live-streaming content from well-known artists on this innovative live-streaming platform. Picarto is an excellent alternative to Twitch if, as a viewer, you’re seeking a place to study and improve your talents or simply want to get interested. Some of the platform’s most popular genres, like Anime, Gaming, and cartoons, among others, are a visual delight.

You should be aware as a streamer that people can subscribe to you for as little as $5 per month, with 50% of it going to you as the content provider. 75% of this amount is yours with a premium subscription, with the remaining 25% going to the platform. It pairs with Streamlabs OBS and streaming is fairly simple.