HomeINTERNETWhat Is A Meme? And What Is Its Origin? 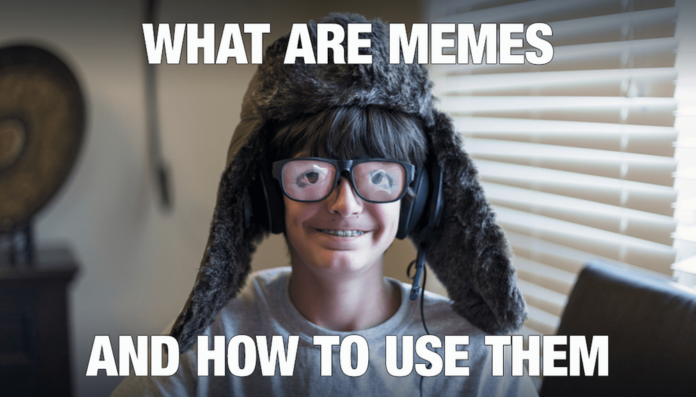 What Is A Meme? Today, we’ll discuss in this article what is a meme and its usage and also discuss its origins. A meme is a picture that spreads online that has text added to it and usually contains biting criticism on social mores, cultural icons, or current events. Usually a picture or a video, but occasionally a paragraph of text, a meme. When a meme hits a nerve with a lot of people on social media sites like Twitter, Facebook, Instagram, messaging, and others, it spreads. The cultural impact of a meme increases with its disseminated

What is a meme? And what is its origin?

Here’s a more detailed explanation of what a meme is, along with examples of several meme kinds.

The History of the Word “Meme” The term “meme” (which rhymes with “team”) was first used by the evolutionary biologist Richard Dawkins in his widely read 1976 book The Selfish Gene. He used the term “meme” to refer to an idea, habit, or style that quickly permeates a culture, albeit he had no notion of its future internet-related application. He compared the spread of a meme to that of a virus in his book. The Greek term mimeme, which denotes an imitation, is where the word meme first appeared.

Years later, Dawkins backed the use of the term “meme” in the online sphere. He claimed that the new interpretation doesn’t stray all that much from his initial thesis.

In the past, 20-somethings dominated the meme scene. But internet users of all ages and tech-savvy levels have started using memes to express their emotions.

How a Meme is Made

A global societal phenomenon, memes. A meme will spread more and more widely the more it resonates with individuals. Memes are typically humorous, but frequently the comedy contains biting political or social commentary.

Sometimes memes serve as a kind of entertainment or a way to impart wisdom. In other cases, a single image or brief video might inspire countless funny interpretations. Sometimes a meme will only be enjoyed by a small group of people, while other times a meme will be loved by almost everyone.

To help you better understand the range and depth of these viral claims, here are some prominent categories and examples.

As long as the information is appealing to others in a shareable format, a meme can either be a still image or an animated GIF.

This determined-looking toddler squeezing his fingers into a fist is an example of how one amusing photograph frequently inspires a slew of memes. The aforementioned meme reflects our New Year’s Eve resolve to finally make great changes.

Sometimes memes offer straightforward humour that most people may appreciate, like this Pavlovian joke:

In harmless-humor, cute animals are frequently featured, as these lovely ducklings:

Funny ones frequently resonate with particular demographics, like parents:

A well-liked meme subcategory that has broad appeal is siblings:

Other well-known and vintage amusing  include:

memes for a distracted boyfriend

gifs of Kermit the frog

Memes about “The Most Interesting Man in the World”

Some memes contain biting humour. These memes state a point of view, start a debate, take a controversial stance, or talk about darker topics, like the one above, which uses a terrible headline.

Other memes address contentious issues, such the Area 51 raid strategy:

Or the flat-Earth movement:

Like the aforementioned Game of Thrones meme, our favourite TV shows are a goldmine for memes. The Office is another popular TV show that has become a meme

Memes actually covers a wide range of subjects, from commonplace issues to significant national and also international events. Every day, more are actually produced and shared, and fresh content is always available.

Create your own meme with the Meme Generator if an image or video you encounter inspires you to do so and check to see if it has the same effect on other people. Visit learn more about a meme or get inspiration, go to Know Your Meme.