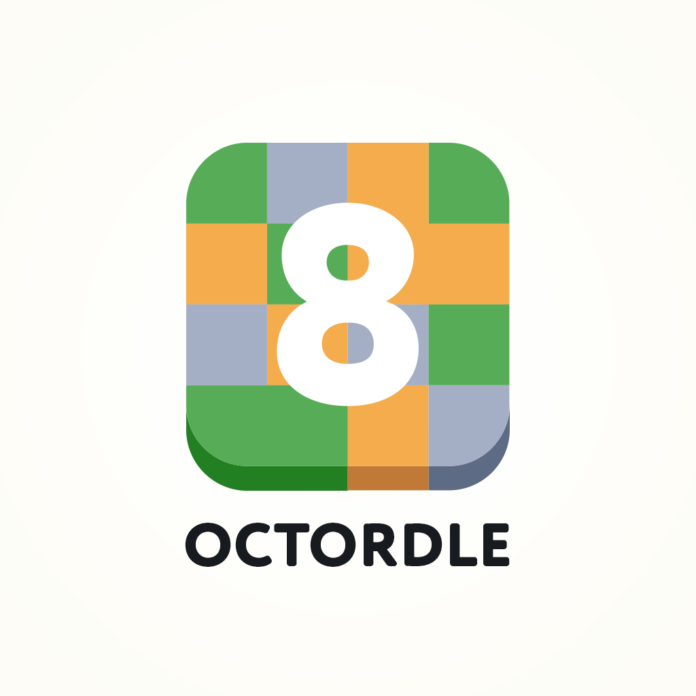 Want to know what is octordle? This article will show about how octordle has become the biggest substitute and competitior of wordle. Fans of word puzzle games may be interested in a copycat that is eight times as challenging as Wordle if they can’t get enough of the original.

Viral phenomenon: There are several Wordle clones and imitations available online. One game, dubbed Octordle, took the Wordle idea a step further and is distinctive in its own right.

In the middle of December 2021, a word game puzzle called Wordle gained enormous popularity online. In the following months, it began to acquire traction on social media, primarily in New Zealand, before moving on to Australia and other countries. Wordle’s designer made a ton of money when he sold the game to the New York Times as a result of its rising popularity, but it also gave rise to several imitations that tried to capitalize on the game’s success. While some imitators made more specialized games, such as versions with a Harry Potter or Pokemon theme, others simply wished to make the game more challenging.

Most likely the most challenging Wordle variant now accessible to puzzle fans is Octordle. In this game’s edition, players have a total of 13 chances to guess the eight correct words. The enormous puzzle board gives the original puzzle new layers that make them appear simple in comparison.

The website notes that although Wordle served as inspiration, this version is also based on games similar to Wordle with four and two answers, respectively, called Quordle and Dordle.

Players guess a five-letter English word in a similar manner to Wordle. It’s unclear whether Octordle utilizes the Wordle answers that were originally submitted before the New York Times filtered them or its own list of accepted terms.

The letters are highlighted if they occur anywhere in the replies after players enter the word they have selected. Yellow letters appear elsewhere in the solution but in a different position, while green squares show that the letter is in that word and in the proper spot. Players only need to scroll down to see all the various boxes because each word has its own block of up to 13 spaces. Each of the eight words receives one guess when a word is guessed.

The fact that there are so many variations of Wordle is hardly surprising given how immensely popular it has become. While some players might believe that the game’s many imitations have devalued the original, it really seems to be boosting its global social media popularity. You can use Octordle with Wordle on any browser.

A location to play Octordle

Octordle is not a mobile app, just like the earlier Wordle clones. Octordle may only be played via its official website, which is located at https://octordle.com.

Open a web browser on your computer or mobile device and go to https://octordle.com to play Octordle. Click on the daily or free octordle game mode that you want to play. Your Octordle adventure can now get started. 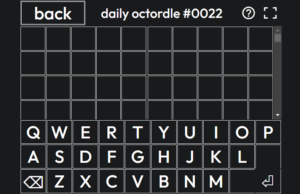 Is there an app for Octordle?

Octordle does not currently have an app. On your Android and iOS devices, you may make an Octordle app icon, just like you do with other Wordle games of a similar nature. To learn more about the subject, see our comprehensive guide.

Everyday Octordle: A brand-new octordle every day. Every day, a fresh Octordle (a group of eight 5-letter words) is added to this game mode for all participants worldwide. Every day, there is a single Octordle that you must guess, and it is the same for every player.

free octopus Before stepping into the world of everyday Octordle, Octordle offers a way for players to gain a handle on its multitasking strategy. Players are free to play as much as they wish in this game mode, every time an Octordle appears.

We’ll go over how to play Octordle, the many game modes, and how to adapt your already well-honed word-guessing skills to the 8-grid conundrum now that you’re ready to enter the concurrent word-guessing world of Octordle.

It is simple to be overwhelmed by Octordle’s enormous 8-grid game board, which at first looks to have an infinite number of challenges that are unsolvable. It is eight times larger than Wordle. Therefore, before you start guessing an Octordle, you must have a well defined plan and method.

Deciding when to choose the first grid you’re going to solve is the secret to success in Octordle. You should focus entirely on this grid before the other seven. In any case, your first or second attempts will help you find enough letters on each grid so you may choose the one with the most information given after making an informed choice.

As fast as you can, try to guess this word and type it in. We don’t want to find ourselves with fewer attempts remaining than there are grids left to uncover. Since that is an impossibility, the game is over for you.

Always check the other grids to see if there’s a greater probability of guessing another word if you ever feel stuck with this one. Make the changeover and begin confidently making guesses at this new term.

We are well aware of how crucial beginning words are in Wordle. What about Octordle, though? It goes without saying that the per grid approach to solving Octordle should be the same as that of Wordle, i.e., using words with five letters or more that are stuffed full of vowels and fewer words with fewer vowels and letters that are similar to the previous guesses — at least for first few guesses as you attempt to determine the letter arrangement in the word (s).

A few good examples of words containing three to four vowels include ADIEU, ABOUT, EQUAL, OUIJA, AUDIO, and LOUIE.

But keep in mind that you must guess the words while working on this. Therefore, having a backup plan that is ready to go is always beneficial.

Here are quite some words that can be created using these letters: ULTRA 2, RAISE, and ROATE. Seek advice from Wordle aid websites.

There may be times when all else fails and you are faced with a crossroads, an endless grid, and a limited number of chances to hit a home run.

In that scenario, you can unwind knowing that it is feasible to focus your term search without overtly abusing the system and that doing so is only only a few clicks away. You can utilize a variety of websites, such as bestwordlist.com and wordfinderx.com, to focus your word search using the data you get from Octordle.

As an illustration, we will utilize the wordfinderindex website to remove words from the image below. Consider that we are working with the grids listed below. The correct grid certainly appears simple enough. This grid’s response should be STICK or STILT. The left grid, though, can be quite challenging. The final letter is clearly a Y. Additionally, we are aware of the locations in the response where the letters E, S, and T are not present, as well as the complete absence of the letters A, D, I, U, R, and O. Let’s enter this data into the website wordfinderindex and see what results we receive. It turns out that the data we entered can only be satisfied by 7 different 5 letter words. To determine the solution, you can then make further assumptions and further reduce this set. 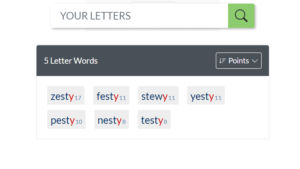 Wordle and Octordle both adhere to the same fundamental grid-based rules. Both use the same word input rules as well as the familiar color coding scheme (green, yellow, and grey). Octordle, on the other hand, differs significantly from Wordle in that it includes 8 concurrent grids that accept the word you enter on each attempt. Use the scroll bar to view these grids. As seen in the image below, the keyboard is still reflecting the first four grids even after the user has moved on to the grids below them and solved them. In contrast to Wordle, Octordle will show both the full results and the answers that contain spoilers. Remember that Octordle’s copy to clipboard feature copies all of the results along with the answers, unlike Dordle. However, you are free to drag and choose specific areas of this result based on your preferences. Wordle resources you can use:

But when will this fun word guessing frenzy come to an end? Do we desire its conclusion? Only time will tell. Here are some helpful Wordle and related articles that will help you succeed in Octrodle in the interim.