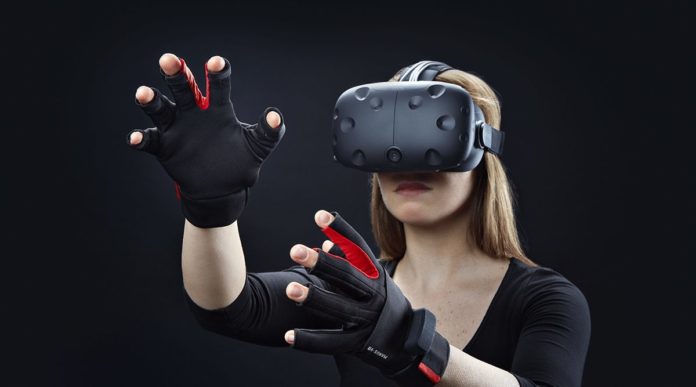 Never heard of haptic technology? This post will show you what is haptic technology and how it is changing the world. In the end, perhaps we don’t need to worry about losing the personal touch. A more connected user experience provided by haptic technology may be crucial for businesses in the future. From vintage video game controllers to the vibration you experience on your phone, this tactile feedback technology has been around for decades. However, as haptic technology develops, it’s quickly becoming into a potent tool for customer interaction.

Continue reading as we examine the benefits, varieties, and use cases of haptic technology to demonstrate how this innovation can affect the growth and aims of your company.

Haptic Technology: What Is It?

The use of tactile sensations to arouse the sense of touch during a user experience is known as haptic technology. For instance, phone vibrations and game controller vibrations are frequent direct applications of haptic solutions. Any tactile feedback, such as the air pressure or sound waves, is included in haptic science.

This technology, often referred to as 3D touch or kinaesthetic communication, uses vibrations, movements, and other forces to generate experiences. Since touch is the most basic form of communication, utilizing sensation in your products is quickly emerging as the newest strategy for developing memorable brand experiences. It is actually very useful to make a distinction between haptic technology and haptics and haptic feedback, two phrases that seem similar.

Over 3 billion devices are powered by haptic technology invented by Immersion Corporation. In one haptics study, subjects were able to remember objects 94% of the time just by touching them.

The majority of haptic interactions emphasize vibration-centric feedback. Much of the haptic stimuli you encounter with mobile and wearable devices are produced by technology like linear resonant actuators (LRA) and eccentric rotating masses (ERM) (think of the vibration included with a game controller).

Also Check   Fixed: How To Stream Amazon Prime on Discord

Like mechanical buttons, smart screens don’t natively provide tactical feedback and adaptability. As a result, we may anticipate that fake buttons, like the technology used in the Apple Force Touch trackpad, will grow in popularity. In order to actually simulate the sensation of a mechanical pressure pad under your finger, buttons can use haptic and acoustic feedback.

Haptic experiences depending on temperature can be produced through thermoelectric phenomena. Your users can feel varied temperatures by adjusting the electric current flow between two alternating conductors on a device (one hot and the other one cold).

Installed on your client’s body, haptic feedback devices give the impression of mass, motion, and shape. The Dexmo haptic glove is one example of the kind of technology that could advance the kinesthetic modality.

Joysticks and other graspable devices produce kinesthetic feedback that communicates with our nerves, tendons, muscles, and joints.

For instance, graspable haptics devices are used in robotic operations that are controlled by humans. Users can control robots virtually and remotely thanks to tactical movement, vibration, and resistance.

For bomb disposal circumstances, the military uses graspable haptic systems, while astronauts use the same robotics technology to fix satellites or other external spacecraft equipment without leaving their vehicle.

Whether they’re aware of it or no, consumers frequently employ touchable haptic technology. For instance, haptic technology is used in smartphone screens to react to user actions like taps or rotations.

Haptography, which imitates the textures and motions of objects, is a new area of touchable haptic technology. TanvasTouch® develops programmable textures that let customers experience fabrics like wool and silk before making a purchase.

Wearable haptic systems generate contact feeling by depending on tactile stimuli, which are regulated by the skin’s nerves and include pressure, warmth, and vibration.

Haptic technology has a wide range of possible benefits. Here are a few scenarios where touch-based systems can take advantage of haptics to enhance the user experience.

Automotive infotainment systems will also heavily include haptics. Depending on the driver’s preferences, touch screens can become more sensitive and present a variety of options. Steering wheel improvement and pedal feedback are two other automobile applications.

The development of wearable haptics opens up numerous possibilities for the healthtech sector. Real-time haptics collect biometric information and can customize the user experience for each individual.

Improved user experiences and better health outcomes will be made possible by better feedback and data collecting. According to TouchPoints, its wearable technology may lower stress by 74% in just 30 seconds.

These advancements in technology can be used by businesses that are involved in posture correction, including ergonomic furniture manufacturers, app developers, and chiropractors.

Your training settings can more accurately imitate real work environments and labor situations with haptic feedback. Users can engage in haptic virtual training scenarios to have a lifelike experience in a secure offline setting.

There are several applications for haptics that can enable users to train without putting themselves or corporate property at danger, including maintenance training, safety procedures training, assembly line usage training, machinery operation training, and product testing training.

You can make your goods and services more accessible to people who are blind. By using touch-based sensory input, haptic technology enables users to simulate the appearance of an object, construct virtual things, and interact with products. For instance, a Stanford team’s 2.5D display aids those with vision impairments in doing visual tasks.

These solutions will not only help those with limited accessibility and expand your company’s potential consumers, but they will also guarantee compliance with accessibility laws.

The speed and effectiveness of rehabilitation programs will change as a result of haptics-driven rehabilitation. A glove that supports virtual recovery programs using VR simulations and haptic training has previously been developed by Dutch startup SenseGlove. For instance, a person with nerve injury can practice daily tasks in a secure digital setting, such pouring hot coffee or slicing a steak for dinner.

Although immersive VR is still in its infancy, chances for more enhanced realistic digital experiences will grow as haptic technology develops. Immersive VR has numerous uses that benefit both clients and staff, including video game studios, corporate training, and medical treatments.

Remote jobs will become much simpler and significantly less error-prone with an internet connection, a robot, and a haptic controller.

A virtual haptic environment connects industries in need of highly qualified workers, enabling experts to control a robot from any location in the world.

A Few Illustrations of Haptic Touches and Alerts 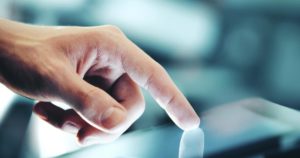 Though haptic technology has been around for a long time, it has grown significantly over the past several years. By 2026, the market for haptic technology is anticipated to expand at a compound annual growth rate of 12%.

It’s no longer a trick from a video game. Businesses should look into how to integrate this technology into their operations, marketing, and customer experiences as new developments and applications become broadly accessible. By utilizing this cutting-edge technology, you can give users a better experience and increase their sense of connection to your products and brand.